The Rise & Fall of FTX: a Brief Summary 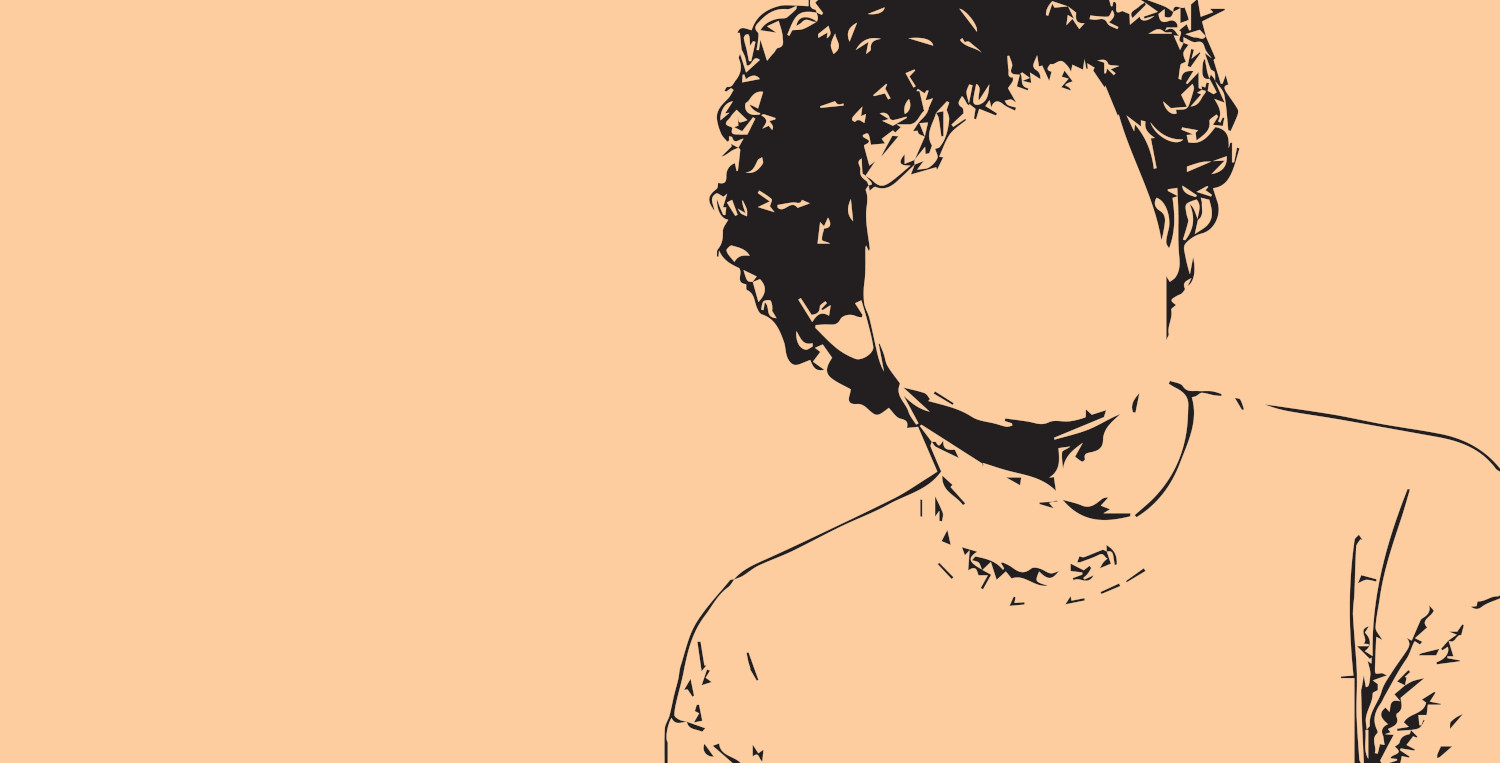 Less than two months ago the cryptocurrency market took a large hit when one of its largest players — crypto exchange FTX — found itself unable to fulfill customer withdrawals and eventually filed for Chapter 11 bankruptcy in the U.S.. Several investigations into the exchange were launched afterwards, and its former CEO Sam Bankman-Fried (also known as SBF) was subsequently arrested. This is a summary of the entire sequence of events that led to — and followed — the downfall of FTX.

It all started in 2017, when SBF — the son of two Stanford law professors — co-founded trading firm Alameda Research with the help of Tara Mac Aulay, the head of the Center for Effective Altruism at the time. Created at the start of a bull market, Alameda quickly found success through arbitraging the price of Bitcoin, and later increased its range of operations and started investing into a number of crypto projects. Tara Mac Aulay and a group of other people working at Alameda exited the company less than a year after it was created, partially due to “concerns over risk management and business ethics”.

SBF later rode on the reputation of Alameda — which had become one of the largest crypto traders in the industry — to establish his “Futures Exchange” (or FTX) in 2019 together with ex-Google employee Gary Wang. A year later, SBF founded a separate entity, FTX.US, in order to legally get access to U.S. customers. By 2021, FTX had become the second largest crypto exchange in the world — trailing behind only Binance — and in the early 2022 reached a valuation of $32 billion after a successful Series C funding round.

Starting 2021, FTX focused heavily on sponsorship deals and PR stunts in order to attract more customers to its platform, committing close to $375 million in disclosed funds along the way. Some of the more notable deals included a long-term sponsorship agreement with Formula 1 racing team Mercedes-AMG Petronas, a five-year deal with Major League Baseball, a wide-ranging deal with NBA’s Wizards, NHL’s Capitals, and WNBA’s Mystics. The company had also purchased an advertising spot during the NFL’s Super Bowl game that took place on 13 February 2022.

The exchange also signed a seven-year agreement with the studio behind League of Legends, Riot Games, and paid several athletes — including Tom Brady, Steph Curry, Naomi Osaka, and Shohei Ohtani — to promote its platform. In addition to all that, FTX also bought the naming rights for two stadiums in the U.S., the home of the NBA’s Miami Heat and UC Berkeley‘s stadium. Most of these deals were terminated following the collapse of the exchange.

Executives at FTX were also heavily involved in political donations, with SBF alone contributing more than $70 million to election campaigns in less than 18 months, making him a top political donor. Ahead of the 2022 midterm elections, the disgraced CEO had given politicians and political action committees — mostly Democrats and liberal-leaning groups — close to $40 million. SBF also made one of the largest donations to Joe Biden’s presidential campaign in 2020, contributing around $5.2 million. In addition to all of this, SBF also claimed that he had given Republicans an equal amount of money, though those donations were made through dark-money groups that do not disclose their donors.

Everything started on 2 November 2022, when leaked financial documents from Alameda Research showed the close relationship between the trading firm and the FTX exchange. While many had speculated in the past that Alameda was responsible for a large portion of FTX’s trading volume, the documents now showed that a large amount of the trading company’s assets were held in FTT, the native token of the exchange. The CEO of Binance, Changpeng “CZ” Zhao, drew more attention to the story on 6 November, when he revealed to the public his intention to liquidate all of Binance’s FTT holdings due to “recent revelations that have come to light”.

Traders quickly responded to the news and in less than two days the price of FTT had crashed from $25.50 to less than $6, which caused FTX to experience a liquidity crisis. SBF quickly took to Twitter to try and calm customers and reassure them that FTX’s assets were stable, but the withdrawals continued. Eventually the CEO turned to Binance for help, which entered into a non-binding agreement on 8 November to buy the non-U.S. business of FTX and help with its liquidity crisis.

Only a day later, however, Binance completed its due diligence process and revealed it will no longer “pursue the potential acquisition” of FTX due to concerns about the mishandling of customer funds among other issues with the exchange. After the deal fell through, FTX disabled customer withdrawals completely, with SBF claiming on Twitter that “poor internal labeling” caused FTX to miscalculate leverage and liquidity, which caused the liquidity crisis.

On 11 November FTX Group announced that around 130 of its affiliates — including FTX, FTX.US, and Alameda Research — had filed for Chapter 11 bankruptcy in the district of Delaware. SBF also stepped down as CEO of the company and was replaced by John Ray, who had led several bankruptcy proceedings for large companies before. The bankruptcy documents showed that FTX had assets in the range of $10 billion to $50 billion, and the same in liabilities. Later filings revealed that FTX could have more than 1 million creditors, and that the company owed its top 50 creditors over $3 billion, with sums ranging from $21 million to $226 million.

Later on the same day, data from analytics firm Nansen showed a suspicious outflow of tokens from wallets connected with FTX, with the assets being valued at more than $600 million at the time. It was later confirmed that the company was moving these assets to a new cold wallet custodian, and also that a large part of those funds had been stolen by an unknown entity, with forensics firm Elliptic suggesting that over $400 million had been transferred away by a hacker.

Companies that had deep connections with FTX quickly started to experience problems after the collapse of the exchange. Only four days after FTX had filed for bankruptcy, Japanese crypto exchange Liquid — which was acquired by FTX earlier in 2022 — disabled all fiat and crypto withdrawals on its platform.

Rumors that crypto lending firm BlockFi — which paused withdrawals shortly after FTX’s bankruptcy — was also preparing for bankruptcy emerged on 15 November, with “people familiar with the matter” saying that the firm had “significant exposure” to FTX. The rumors were confirmed on 28 November, when the lending firm filed for Chapter 11 bankruptcy protection in the U.S. Bankruptcy Court for the District of New Jersey, revealing it had over 100,000 creditors and between $1 billion and $10 billion in both assets and liabilities.

Sam Bankman-Fried was arrested on 12 December in the Bahamas, just a day before he was scheduled to appear in a hearing regarding the collapse of FTX set up by the U.S. House Financial Services Committee. The arrest was made after Bahamian authorities received notification from the U.S. government that criminal charges were filed against the former FTX CEO.

On the same day, the Securities and Exchange Commission (SEC) and the Commodity Futures Trading Commission (CFTC) also filed separate charges against the former CEO, alleging that he “orchestrated a years-long” scheme to defraud investors in the now-bankrupt FTX. The SEC complaint claimed that, from day one, SBF had improperly transferred FTX customer assets to Alameda Research, which had “a virtually unlimited line of credit funded by the platform’s customers”. The CFTC complaint made similar accusations.

The U.S. agencies also accused top FTX executives of taking close to $2.2 billion in loans from commingled funds at Alameda, which were often poorly documented and at times not documented at all. These funds were allegedly used to buy luxury real estate as well as to finance political donations.

While it was originally reported that SBF was planning to contest his extradition to the U.S., he changed his mind on 20 December and was promptly transferred to the U.S. by the Federal Bureau of Investigation (FBI) on 22 December. During his first appearance in a U.S. court, SBF was released under bail on the conditions of a $250 million bond, home detention, location monitoring, and the surrender of his passport. The bail bond was secured by his parents with the equity of their house. SBF has now moved to their property in Palo Alto, California. He is expected to appear in court again on 5 January 2023, and if eventually found guilty on all charges could receive a 115 year sentence.

Former CEO of Alameda Research Caroline Ellison and FTX co-founder Gary Wang were also hit with fraud charges by U.S. agencies, but quickly pleaded guilty and struck a plea deal. While the agencies continue to investigate whether the two had broken other securities laws, they alleged that Ellison was actively involved in manipulating the price of FTT by “purchasing large quantities on the open market to prop up its price” between 2019 and 2022.

In a transcript of proceedings from her plea deal, Ellison revealed that she and SBF had signed off on “materially misleading financial statements” for Alameda lenders, knowing it was illegal. She also acknowledged the financial ties between FTX and Alameda, revealing that the trading firm had access to a “borrowing facility” through the exchange between 2019 and 2022. She said:

“In practical terms, this arrangement permitted Alameda access to an unlimited line of credit without being required to post collateral, without having to pay interest on negative balances and without being subject to margin calls or FTX.com’s liquidation protocols.”

Ellison’s plea agreement revealed that she will not be prosecuted criminally for her involvement in FTX and Alameda, except for possible tax violations connected to wire and commodity fraud from commingling customer funds. Had she faced a trial, Ellison could have received up to 110 years in prison.