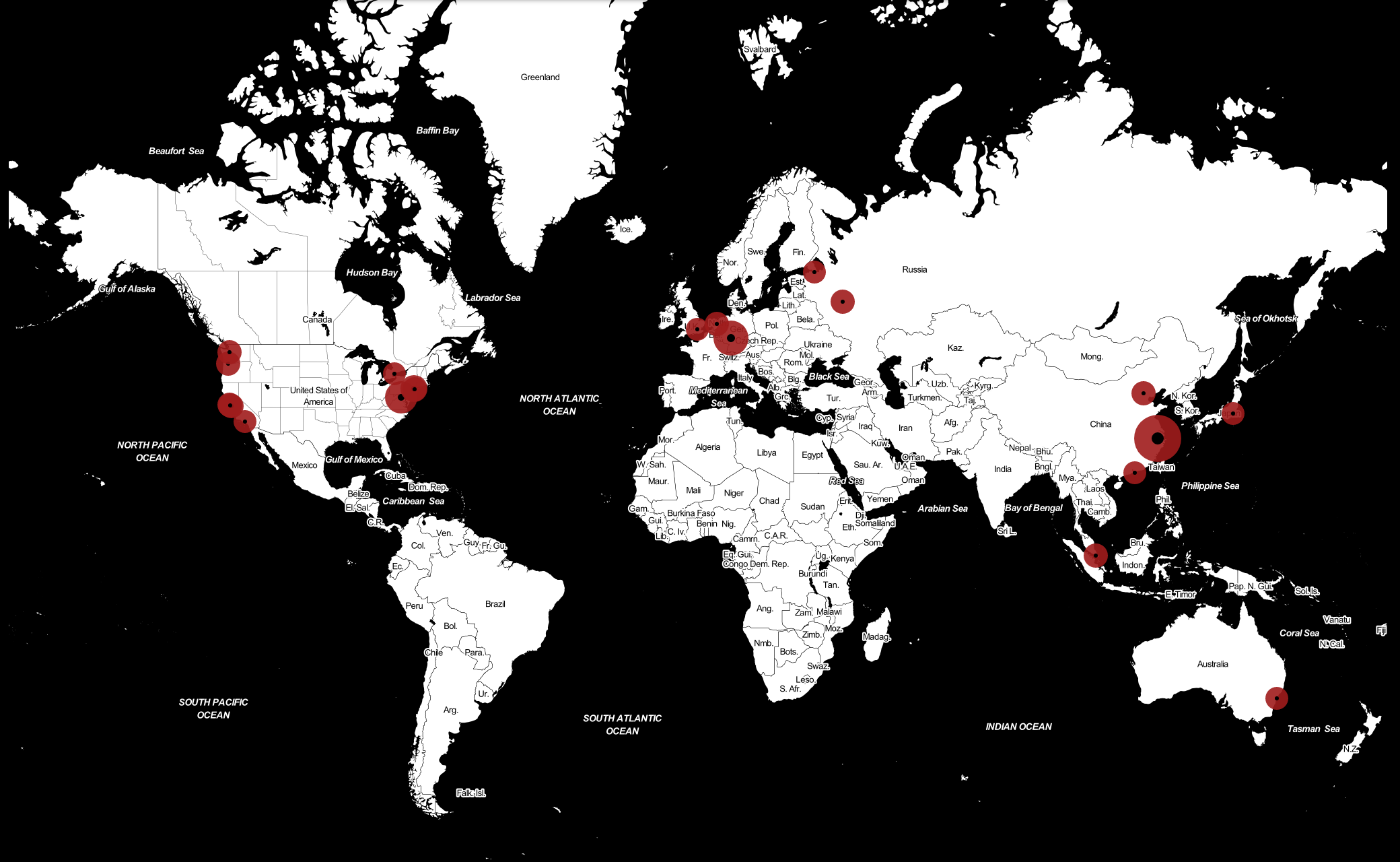 16 major Bitcoin mining pools control 80 stratum servers across 11 countries on 4 continents. If you are looking to get into Bitcoin mining, this data will certainly help you to wisely choose which pool you want to join.

For this research, we have included only major Bitcoin mining pools that have at least 0.2% of the total hashrate output of the network. These currently include (in descending order of percentage from total network hash power):

We have excluded Lubian (3.85%) from the study since they have failed to respond to our multiple requests for mining setup info. The above data is taken from The Chain Bulletin’s Bitcoin Mining Map and represents the period between September 25 and October 9 (14 days).

All of these pools are fighting for clients since their business model is based on fees. Thus, the more servers across the globe a pool has, the better its chance of gaining new customers.

Naturally, many of the pools use the same data centers to host their stratum servers, so clusters of them can be found in major technological hubs across the globe, including Hangzhou in China, Frankfurt in Germany, and Ashburn in the United States. For information about each cluster’s stratum servers and the methodology we have used to pinpoint the locations of these servers, visit The Chain Bulletin’s Bitcoin Mining Map.

Though best available data shows the overwhelming dominance of China in terms of bitcoin network hash power, when it comes to mining pool stratum servers, the U.S. slightly edges ahead.

In terms of specific choices, here’s a few suggestions:

All that being said, your decision to join a specific pool should not be one-dimensional i.e. location-based only. There are many other factors such as pool hashrate dominance (how often the pool will find a block and get rewards), fees, pool respectability, pool reliability, pool history, etc. However, location is very important as well.

Connecting to a specific mining pool’s stratum server is usually an easy task. Most pools have public guides on mining setup that list all of their locations. For example, this is F2Pool’s “how to mine bitcoin with us” guide. You can usually find other major pools’ mining setup guides by googling [pool name] “stratum” (with the quotes). Keep in mind that some of the pools require login before they show miners how to set up their hardware.

When Will Ethereum Transaction Fees Normalize?

Read more
Ethereum
Comparison of ETH 2019 price with ETH 2020 price for the period between January and October. Data by CoinDesk's Ethereum Price Index