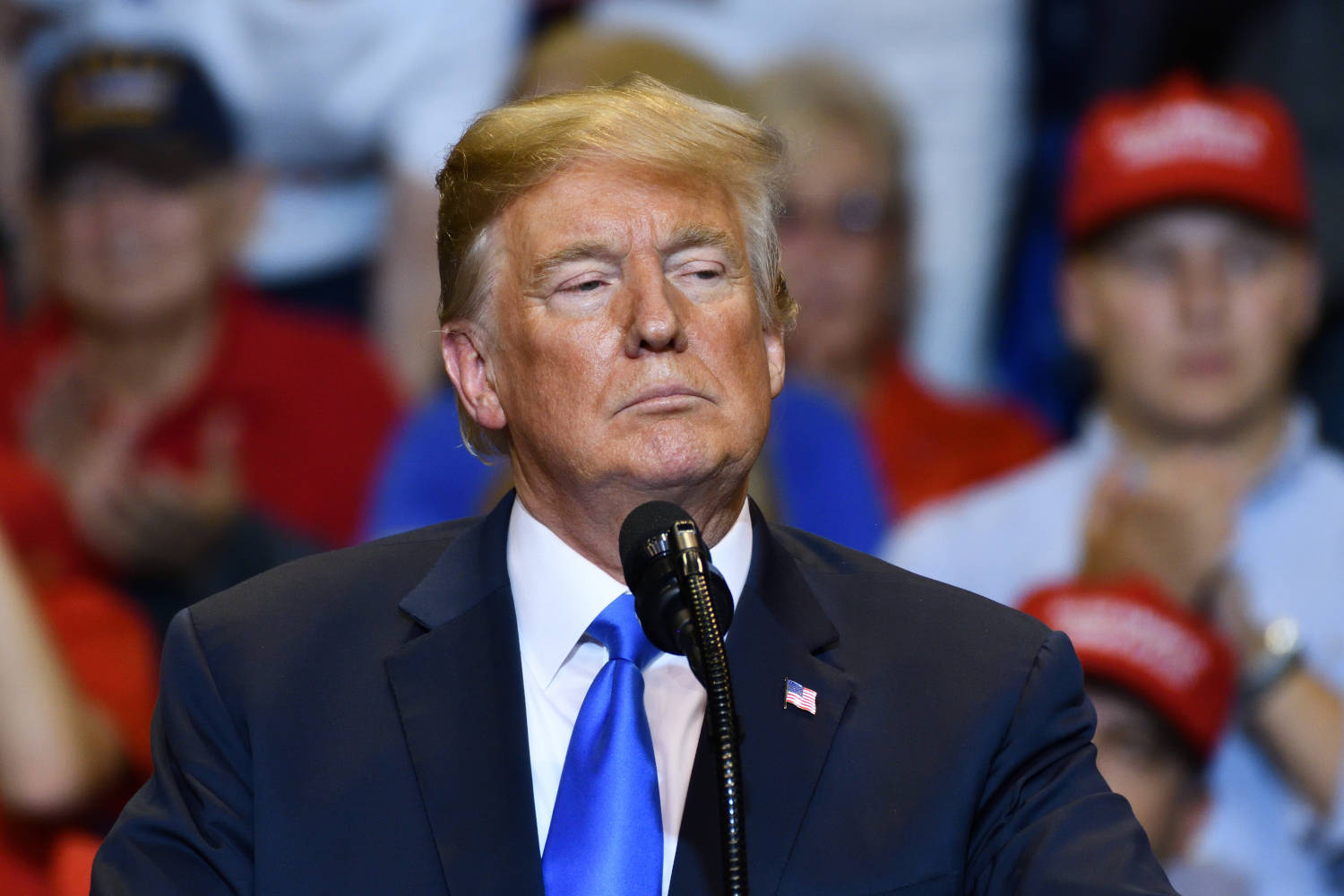 President Donald Trump with a serious look as he delivers a speech at a campaign rally held at the Mohegan Sun Arena in Wilkes-Barre, PA on August 2, 2018. Evan El-Amin/Shutterstock

Forbes first reported the news about 2 hours ago, followed by The New York Times half an hour later. More precisely, the incident was noticed around 7 PM EST, when the about page on the President’s campaign site was changed to the following:

The problem was fixed “shortly after”, but the news had already spread. As seen from the screenshot above, the hackers were either subscribed to conspiracy theories about coronavirus or they simply used them to try and make a few quick bucks.

The way the scheme worked was that there were two Monero addresses (found at the link placed on the “fake-news” anchor) where people interested in receiving “evidence that completely discredits mr trump as president” would basically vote. Those who didn’t want the “evidence” released would send crypto to one of the addresses and those who did want it released to the other.

“After the deadline, we will compare the funds and execute the will of the world,” stated the hackers, as reported The New York Times. Evidently, the hackers were trying to squeeze the pockets of both democrats and republicans who failed to see through the scheme.

Trump communications director Tim Murtaugh later confirmed the hack and stated that he and his team were working with law enforcement authorities to find the people responsible. “There was no exposure to sensitive data because none of it is actually stored on the site,” the statement further read.

As of press time, no documents have been released and that is unlikely to change. It is still unknown whether the hackers managed to profit from the breach.

Discussion
Related Coverage
The Blockchain-Enabled Elections Of The Future
November 4, 2020, 4:24 AM