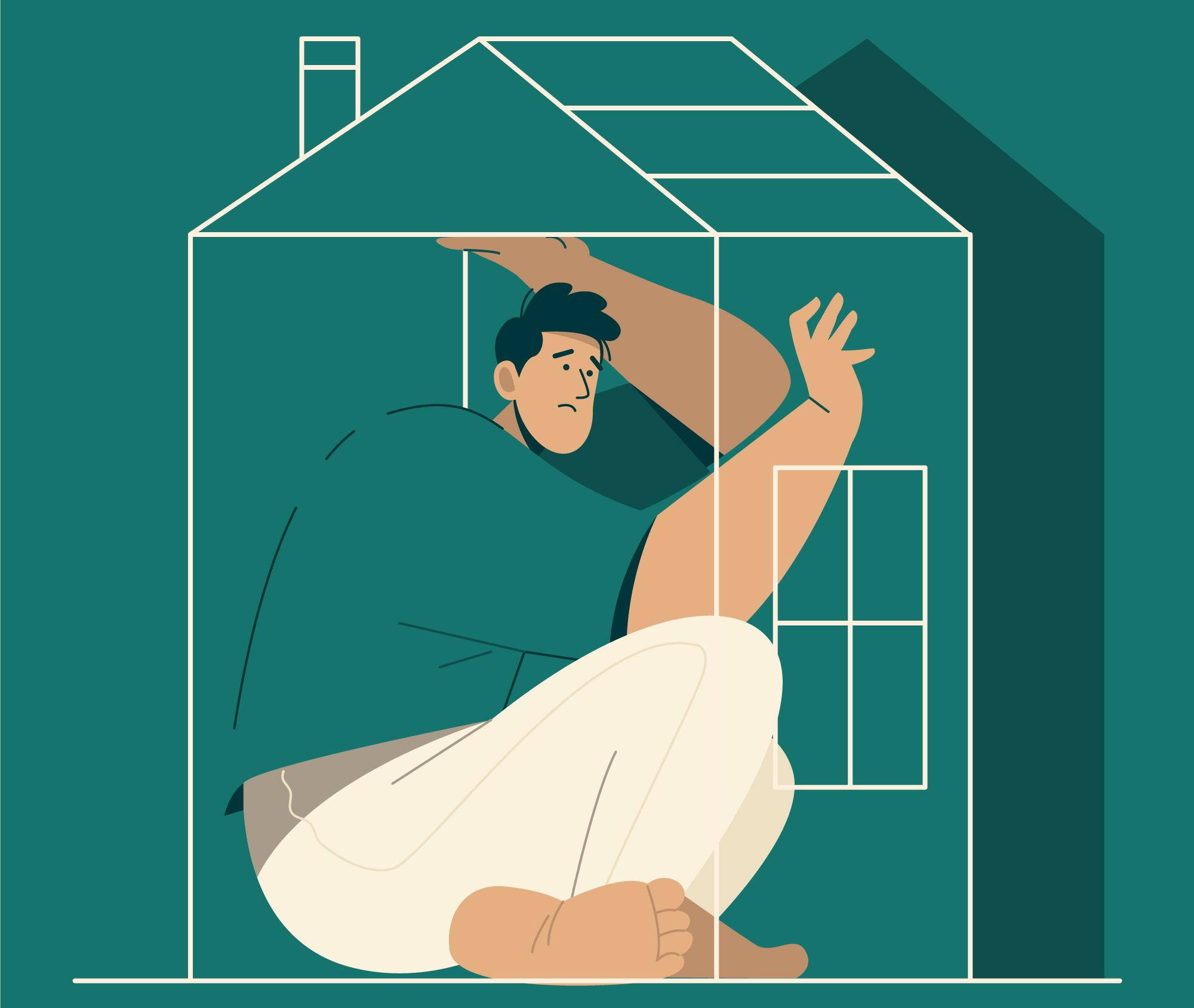 Earlier this year, as news of the coronavirus spread throughout the world, the stock market saw a huge sell-off. At this time, crypto markets were extremely correlated with the stock market, and as a result, Bitcoin and all other crypto assets experienced a colossal dump.

This was, however, short-lived. Cryptocurrency has proven to be the best performing asset class of the year after a remarkable recovery. The crash shook out a lot of weak hands, but there was a long line of crypto dedicates ready to buy the dip. Despite a lot of fear and uncertainty, the market saw this as an opportunity to accumulate at a discounted rate.

As much of the world was under lockdown earlier in the year, economic uncertainty was becoming increasingly apparent across the globe. Most major developed countries feared inflation, recession, and even depression.

The anticipated stock market crash has been a long time coming. Many economists suggest that this sort of event should have happened in 2018, and by prolonging it, the fallout of the economic crisis has worsened.

In November 2018, economists were warning of a potential 70% correction in 2019, largely due to the volatility throughout the previous year, alongside marking the 10th anniversary of the global financial crisis, and the longest boom cycle in history since the 1991-2001 cycle.

2019 surpassed all economists’ expectations, closing the year at a record high. Earlier in March of this year, we witnessed a nearly 8% drop in the Dow Jones index in a day, with stocks continuing to fall for several days before bottoming out. Some economists say this was the crash we were waiting for, others think not.

Harry Dent, founder of Dent Research and the Economy and Markets newsletter editor, reported that the US is heading toward a Great Depression-like fall in 2021, suggesting an 80-90% correction is on the table.

Governments and central banks are in a difficult position. Regardless of your political persuasion, ensuring that families can eat and pay rent while trying to prevent economic collapse during a pandemic is an impossible balancing act.

An Upturn In Market Sentiment

The COVID-19 pandemic has expedited technological innovation in multiple sectors. In particular, the digital payments sector has seen an enormous uptick in usage and development as the pandemic moves us further towards a cashless world. With the pandemic at its peak, cash was not accepted by many retailers and merchants due to sanitary reasons.

This opened up the world to cryptocurrency, as many began to see the advantages of blockchain-based payments. People are finally waking up to the perils of fractional reserve banking and quantitative easing. The deflationary properties of cryptocurrencies such as Bitcoin are seen in a new light by both retail and institutional investors.

Since the initial crash, the stock market has seen a record recovery, but much of this was due to a small number of companies propping up the NASDAQ and the S&P 500. Companies such as Google, Apple, Tesla, and Amazon soared throughout the pandemic, but there were many areas of industry that were hit harder than most, such as hospitality and entertainment. The performance of the stock market did little to reflect the reality of record unemployment and a significant drop in productivity globally.

As the dollar continues to lose value, its place as the global reserve currency comes into question. The value proposition of Bitcoin as a hedge against inflation and currency debasement has never been so compelling. This may be why a “wall of money” from institutional investors and publicly-traded companies are entering crypto markets.

The demand for Bitcoin is so high that asset managers are no longer able to buy significant amounts of the cryptocurrency without pushing up the price. Digitally verifiable scarcity has become a highly-desirable feature in a very short space of time, and this is reflected in the recent price performance of Bitcoin and other cryptocurrencies as investors flock to the asset class as a hedge against inflation.

In previous bull markets, Bitcoin dominance has often led to altcoins bleeding heavily. However, this is not 2017, and this is not the ICO boom. A glance at the top 100 cryptocurrencies by market cap now, compared to just a couple of years ago, shows that there are many fully operational cryptocurrency projects and tokens that provide genuine utility to users. The market is no longer based completely on speculation, and as such, many of the mid-cap alts have shown resilience during the recent Bitcoin pump.

“Cash is trash”. There was a time when you could get interest in a bank account. Corporations often buy back stock or invest in bonds but this is no longer a viable option as valuations in the stock market don’t make any sense right now.

Despite the increasing confidence in cryptocurrency and the adoption of blockchain technology, much of the world is poised for what could be one of the most historic US elections ever. The results of the election are only a few days away, but either outcome will be unlikely to impact crypto markets significantly.

The election has served as a great distraction from the global economic crisis for many across the world. The ongoing debate regarding a second round of stimulus has put a great deal of market speculation on pause, and as the results of the election are announced, we could see a month’s worth of market stagnation return with extreme volatility, both in traditional stock markets and crypto markets.

Increasing interest, adoption, education, and implementation of cryptocurrency, along with the innovation in the blockchain industry and interoperability with the traditional financial system suggests that more people are beginning to turn to Bitcoin in times of adversity. As a result, Bitcoin is thriving.

The crypto market has been heavily correlated with the stock market for much of the last decade. Bitcoin has also shown a correlation with gold, suggesting that many see Bitcoin as a similar store of wealth.

During the economic uncertainty in weeks leading up to the US election, which is reflected in the stock market, Bitcoin looks to be decoupling. This week, Bitcoin has garnered increasing market sentiment while stocks have entered a bearish trend.

Interestingly, many of the top-performing alts have not faltered during this period, showing an emerging class of well-established and reputable altcoin projects.

Some of the most highly-regarded investors and wealth managers have openly stated that the stock market is a dangerous place to store your wealth right now. Meanwhile, several high profile names publicly traded companies, and institutions are adding Bitcoin to their portfolio.

The development and innovation within the blockchain industry show that the legacy financial system simply cannot keep up with the cryptocurrency space, failing to foster financial inclusion. Meanwhile, many developing nations are thriving due to the move towards cryptocurrency adoption in the face of economic uncertainty.

Bitcoin and cryptocurrencies are showing stronger fundamentals, higher support levels, and increased adoption since the beginning of the year – essential advantages for protection against future stock market price drops, or, if the US election result does not bode well for the future of stocks, faith in the dollar is lost publicly, or a second lockdown hits the economy.

Stock markets, however, may see a much heavier fall than we have seen thus far in 2020, with weakening foundations propping up the global financial infrastructure. Some economists are preparing for an 80% fall over 2 years.

The crypto market may fall in correlation with traditional markets, however, the fundamentals would suggest it may not be as drastic, with a wall of money ready to move in and buy the dip.

The worst may be yet to come for the global economy, but crypto markets look stronger than ever, with bullish momentum building on strong fundamentals.

By proxy, the pandemic has increased financial education which will mean people are better equipped for the second round of COVID. Moving forward, it is likely that innovation in the crypto space will continue to thrive and both challenge, and interoperate with the legacy financial system as it struggles to keep up with this new economic paradigm.

Discussion
Related Coverage
The New COVID Variant and Market Reactions – What Does it Mean for Bitcoin
November 29, 2021, 11:15 AM