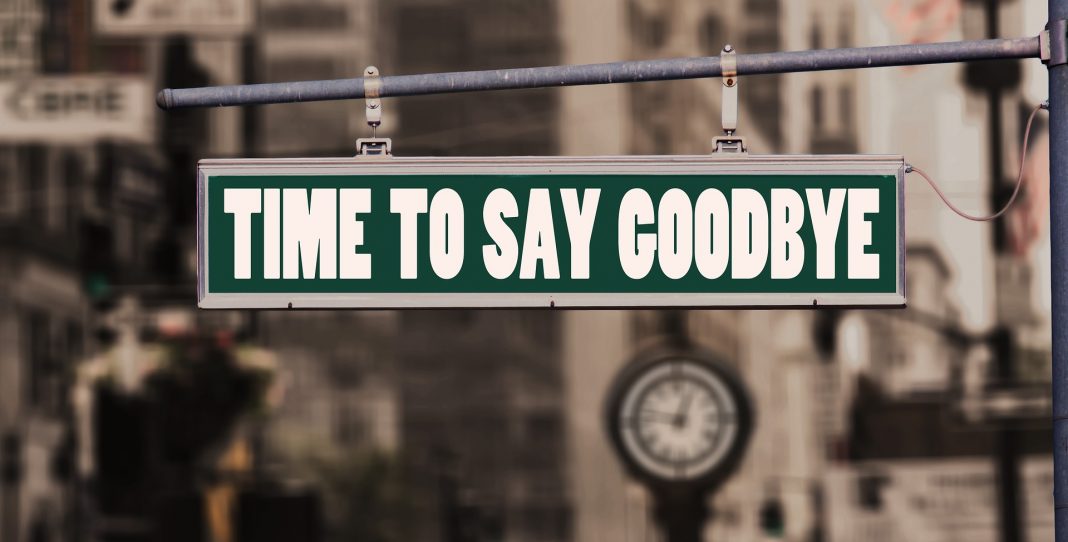 Users of cryptocurrency exchange liqui were greeted with a farewell notice today. Opening the website yields the following message:

“DEAR USERS,
Recently, we were happy to announce the change in our policies. We gave you the right to decide whether you want to be with us in our Crypto Exchange journey by accepting the changes.
Much to our regret, after this step Liqui is no longer able to provide liquidity for the Users left. We also do not see any economic point in providing you with our services. However, we do not want to return to where we were a month ago. Hence, we decided to close all accounts and stop providing our services. It broke our hearts to do that.
You will be able to withdraw your Digital Assets through our website within 30 days after this message was sent. If you did not withdraw delisted Digital Assets since we announced changes in our policies, you will also have another 30 days from the date this message is sent.
We may be back soon. However, that depends on the market which has significantly changed since 2017. We do not know what else to say but say thank you for supporting the cryptocurrency community and your faith in us.
We want to finish this message by the phrase of Marianne Williamson – “Every ending is a new beginning. Through the grace of God, we can always start again”.
Your Liqui Team”

As can be seen, users will be able to withdraw any assets throughout the duration of February, after which the exchange will cease to exist. The possibility of reopening at some point in the future is acknowledged, but appears highly unlikely.

The sentimental message marks the end of an era which was marked by great success for the exchange, followed by a slow fall from grace.

Cryptocurrency enthusiasts who were involved before the huge bubble of 2017 will remember that liqui used to be one of the largest exchanges in crypto, often first to list ERC-20 tokens. In the pre-Binance era, only Bittrex and Poloniex were considered consistently more popular. Liqui was also the first exchange to list Basic Attention Token – mere minutes after the ICO started and concluded.

The immediate listing of BAT, which began trading at four times the ICO price and never really dropped below that is considered by many as the start of what might potentially be the greatest bull run cryptocurrencies will ever see.

As for Liqui, unfortunately the exchange was never able to become a user-favourite in its battle against Bittrex, and with Binance launching and distributing GAS dividents to NEO holders, soon both old-generation exchanges fell behind.

The slow bleed in trading volume persisted for more than a year, leading up to the current situation where running the exchange is no longer profitable for its creators. Its somewhat unattractive UI, slow loading speeds and constant maintenance shutdowns didn’t help attract new customers either.

Its Eastern European origins sparked an enormous amount of prejudice-driven FUD and expectations that an Ukraine-based exchange will have an easier time exit scamming. Reality seems to show the opposite as it does appear that Liqui will become one of the first exchanges in cryptocurrency history to shut down without suffering from a security breach or just disappearing with customer’s money.

And while few were using the exchange until its final day, many traders will remember it for giving them their first profits in cryptocurrency – after all it was most popular at a time when any cryptocurrency purchase yielded a nice return. With these circumstances in mind, we are confident that it will be greatly missed.

OXT, BAT, LINK, DAI Will Start Trading on Gemini in The First Week of May