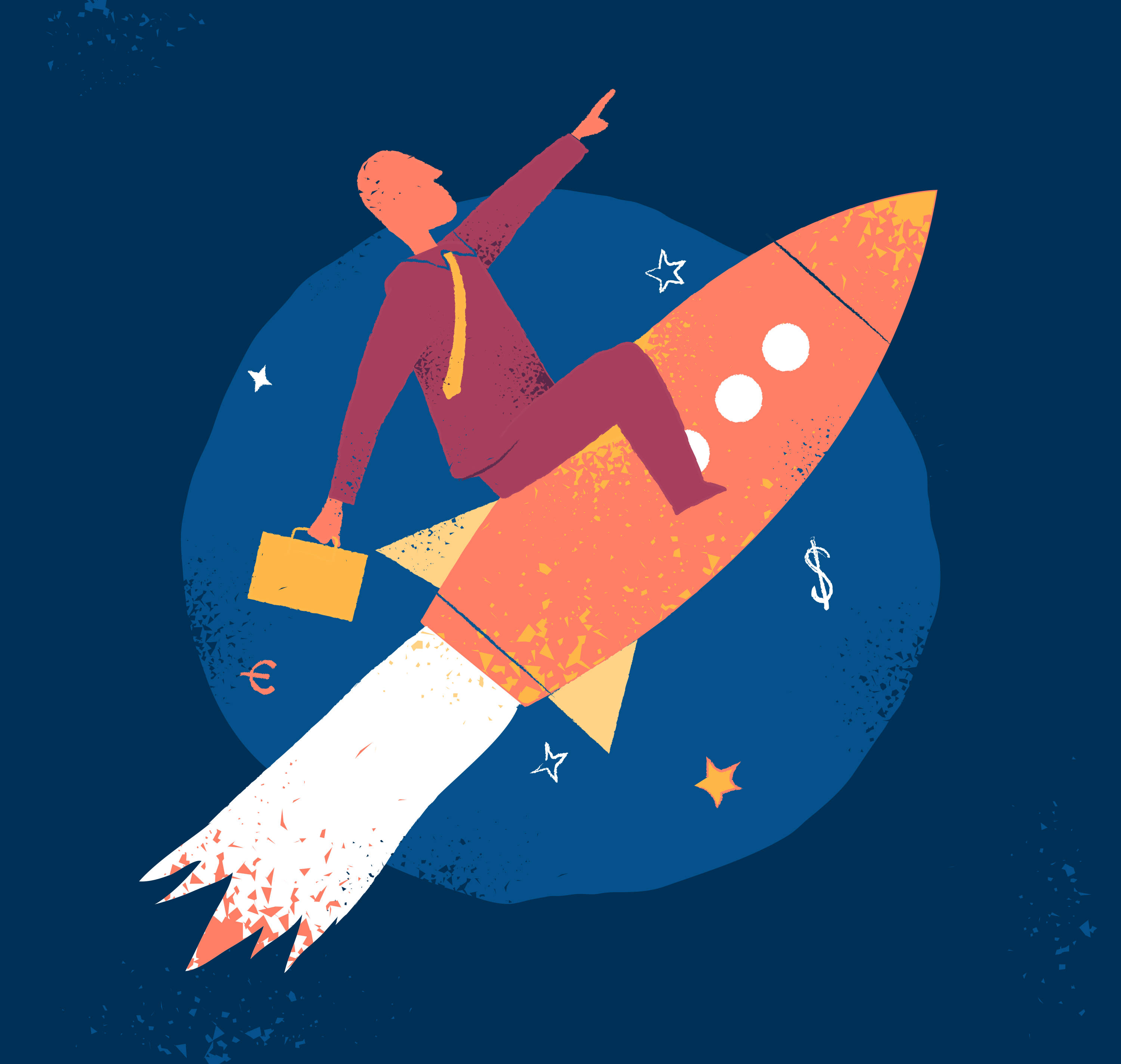 On September 24, Huobi launched TITAN, catching the attention of a number of the exchange’s users. The next day, TitanSwap’s native token also opened for trading on Bithumb Global, marking TitanSwap’s first major success in the global crypto market.

One week ago, Uniswap announced that it had issued an agreement to manage its UNI token. In less than two hours, Huobi, Binance, OKEx and other centralized exchanges began trading UNI, after which UNI’s price rose by more than 450%, reaching $5.5.

Uniswap stated that whoever had used Uniswap before September 1st could receive at least 400 UNI tokens for free. Based on the highest price (at the time) of $5.5 on the Huobi platform, each wallet address participating in Uniswap received around $2,200 (15,000 yuan).

Previously, the daily trading volume of Uniswap once reached more than $400 million, surpassing the established centralized exchange Coinbase Pro for the first time. However, as a phenomenon-level DEX, Uniswap still has many areas where it needs to improve, such as its incentive mechanism and product experience.

Recently, TitanSwap, a decentralized trading solution, has upgraded compatibility and liquidity on the basis of Uniswap, which not only supports all trading pairs and the same liquidity provided by Uniswap, but also provides participants with historical transaction price curve and transaction pair liquidity information, so as to avoid the many blind spots of swap transactions. In addition, TitanSwap has also added a trading interface to facilitate comparison of transaction price differences under the same transaction volume.

In other words, even without the yield farming fever that began in June, DEXs will still continue to flourish. Yield farming has only boosted trading volume.

So why are DEXs so popular? The fundamental reason is that DEXs truly solve the problems that centralized exchanges (CEXs) have been unable to solve for a long time.

First, it is difficult and expensive to list currency on a CEX. As we all know, one of CEXs’ profitable methods is to charge obscene currency listing fees. For some of the top exchanges, the listing fee can be millions of dollars. For startup projects, this is undoubtedly a huge barrier. And even if the currency is listed, the high listing fee will eventually be apportioned to ordinary investors.

DEXs effectively solve this problem, with no threshold for listing and no listing fees. Startup teams can use funds for technical product development and other areas that most need the funding.

In the DeFi boom we find ourselves in, more than 90% of projects are first launched on decentralized exchanges, and then land on centralized exchanges. Examples include YFI, YFII, and Curve. Many small and medium-sized DeFi project tokens are actively traded on Uniswap, especially those that are not listed on major exchanges.

Of course, many small retail investors do not take this seriously, thinking that the probability of exchanges shutting down is extremely low, especially large exchanges. But after the bankruptcy of Mt.Gox and FCoin, people are more wary.

DEXs solve this issue. User assets do not need to be transferred to the exchange, but can remain in personal wallets. Even if the DEX is closed down, it will not affect the security of users’ assets. In addition, DEXs do not require KYC verification, which effectively provides user privacy and prevents information leakage, fraudulent blackmail and other issues.

There are many advantages of DEXs, and with the development of the crypto market, they are becoming increasingly respected as trading volume continues to rise.

It can easily be stated that DEXs, led by Uniswap, are subverting traditional centralized exchanges, and the DeFi boom is flourishing.

In the white paper, TitanSwap positions itself as a successor and innovator, a DEX standing on the shoulders of its DeFi predecessors, providing millennials and Generation Z with finance that is completely under their control.

TitanSwap inherits the decentralized spirit of Uniswap, and also integrates the centralized operating experience into decentralized products, allowing DeFi to step out of the small circle and reach a larger userbase.

Specifically, TitanSwap creates a real inclusive financial feast in the blockchain field through inheritance and innovation.

TitanSwap is a decentralized exchange based on a automatic market maker (AMM) mechanism.

To put it simply, TitanSwap uses Uniswap’s AMM mechanism, but also adds an Automated Order mode. It supports limit orders and tracking orders, which not only facilitates transactions for users who are accustomed to centralized exchanges, but also provides automated tools for arbitrageurs to improve the AMM price formation mechanism.

The automatic buy and sell orders are provided by different brokerages. Brokerages can track the latest price and slippage in the TITAN Pool through a smart contract. When the price meets the value set by a trader in advance, it will operate under the user’s authorization. The same is true for tracking orders. When the conditions are met, the brokerage who fails to complete the order according to the specified logic will be punished by TITAN, and the efficient completion will receive TITAN rewards. The trader will give preference to the brokerage with the lower service rates and higher execution efficiency to complete the automatic trade.

When a user adds a token contract address, TitanSwap performs an audit with relevant partners, such as CoinGecko, to retrieve whether the smart contract is the really related to the corresponding token. If an error in the smart contract is found, the user will be prompted to effectively avoid a scam coin.

It is important to note that the TitanSwap community has also opened a channel to remove the tokens reported to be counterfeit from TitanSwap, and reward those who report the scam coins, which can further reduce the scam coin problems.

Under the automatic market maker mechanism, price discovery and the risk of liquidity providers are largely determined by the Bonding Curve.

Since Curve’s transaction object is a stable currency, Stableswap is more suitable for its application scenarios, enabling liquidity providers to achieve minimal impermanent loss, while traders can trade with smaller slippage.

At present, the Ethereum network is extremely congested, which causes users to pay high gas fees.

The Ethereum Layer-2 provides a mechanism to extend transactions to off-chains under the premise of ensuring security, thereby greatly improving transaction performance.

When considering the use of a Layer-2 technology, TitanSwap seeks exponential improvements, such as the use of state channels or unmanaged sidechains. TitanSwap’s Layer-2 support is more suitable for using Optimistic Rollup to make full use of smart contract support.

At present, Unipig has implemented a token swap solution based on Optimistic Rollup on the testnet for mutual exchange of UNI and PIG tokens. TitanSwap will gradually implement it on Ethereum.

In the future, users trading on TitanSwap are expected to achieve faster transactions and lower handling fees, which will greatly enhance the effectiveness of DEX transactions.

At present, the development of DeFi is focused on Ethereum. However, in the long run, cross-chain asset trading is an inevitable trend, so cross-chain will also become a rigid demand for future DEXs.

TitanSwap will first establish a liquidity pool TITAN Pool on the Ethereum network. However, TITAN Pool is not the only option on TitanSwap. TitanSwap will determine the best liquidity pool to use based on the trading pairs and the size of the order. This is the mission of TITAN Smart Route in the first phase. The selection criteria mainly is to facilitate the exchange of more tokens under an intelligent routing calculation. The selected route includes TITAN Pool, Uniswap Pool, Balancer Pool, Curve Pool, etc.

All in all, through the combination of multiple product features, TitanSwap possesses, off the bat, many operational functions of centralized and decentralized exchanges. Riding on the DeFi wave, the project aims to become a hub for decentralized finance.