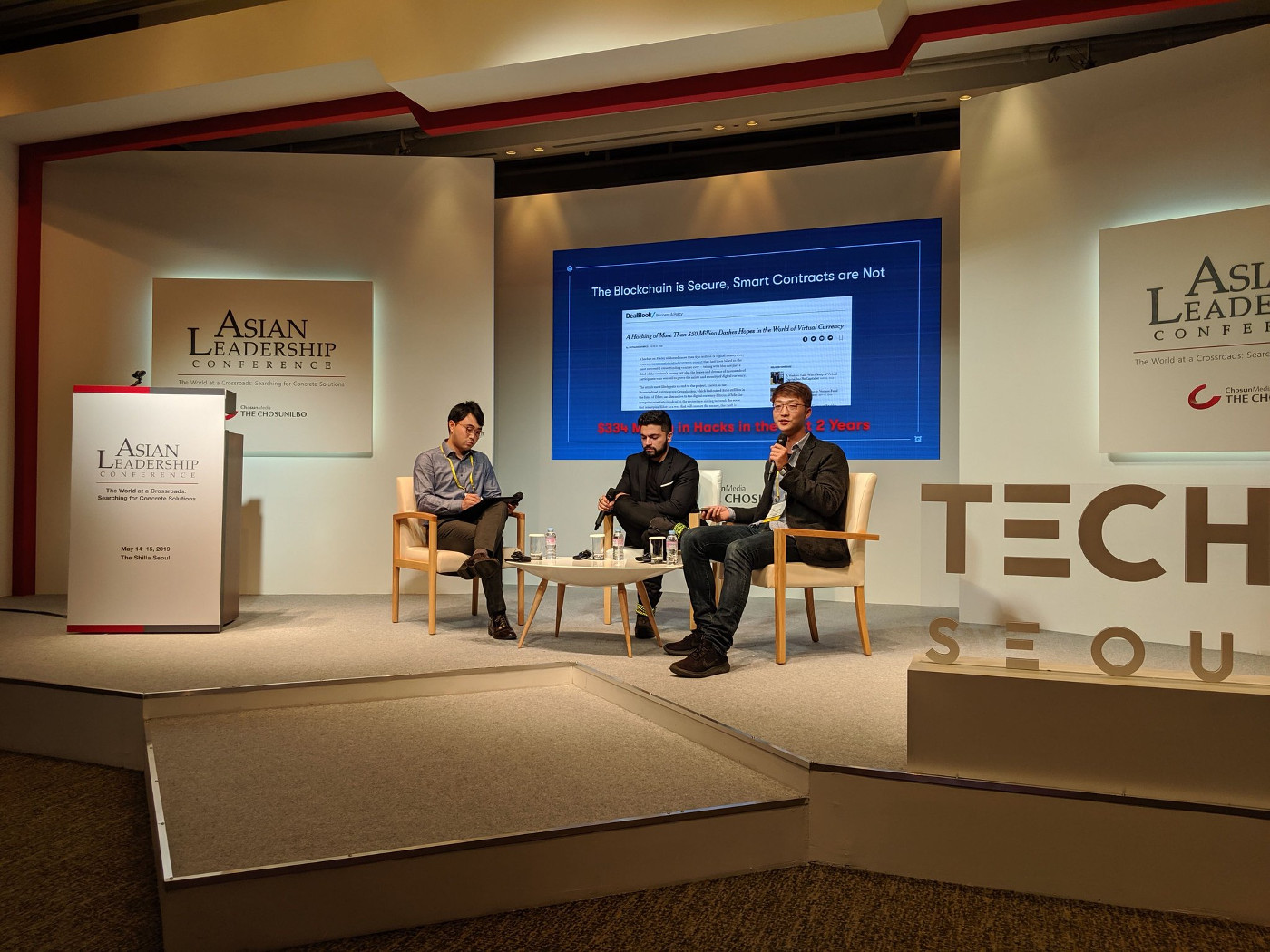 Quantstamp CEO Richard Ma talking about blockchain mass adoption at the Asian Leadership Conference, along with Everipedia and Hashed. Quantstamp

The recently conducted Blockchain in Cybersecurity Use Case Awards granted first place to Quantstamp, a blockchain security company which, is backed by the American seed accelerator Y Combinator.

The awards were organized by Disruptor Daily, with the goal to profile businesses which are working on the practical application of blockchain-based technologies in the cybersecurity industry.

Disruptor Daily delivers exclusive insights and analysis of the market from leading think tanks and pioneers in their respective sectors.

“We launched the Blockchain in Cybersecurity Use Case Awards to recognize the organizations that are leveraging the power of blockchain to transform the cybersecurity industry,” said Emi Picco, Managing Editor of Disruptor Daily.

“We asked our community to nominate and vote for their favorite use cases and we’re excited to announce that Quantstamp has been selected as the winner!”

Quantstamp presented its Quantstamp Security Network in the submission to the Awards committee. It represents an open-source tool that enables users to check their smart contracts for potential weaknesses and vulnerabilities.

With the exponential growth of smart contracts, the demand for audits has outpaced the supply of qualified auditors,” says Richard Ma, CEO, and co-founder of Quantstamp.

“The Quantstamp Security Network lets developers integrate security checks as part of their workflow, with results stored directly on the blockchain.”

Quantstamp has built a team of security professionals, focused on bringing security to decentralized systems. They are committed to a future of secure and stable blockchain apps, achieving this through smart contract audits and the Quantstamp Security Network.

With offices in San Francisco, Toronto, and Tokyo, Quantstamp is devoted to providing the best blockchain innovations worldwide. As of today, Quantstamp has earned more than a billion dollars of digital asset value thanks to its audits and has aided a large variety of enterprises to engage with new technologies safely.